Visiting a strange new city what is the best place to understand their culture? Some say the supermarket, the cemetery or the swimming pool. I think a museum is an interesting place to go. Not just any museum, the Tretyakow gallery at Krymsky Val in Moscow has a large collection of XXth century Russian paintings. I was invited by Victor, who is a member of the Russian Academy of Sciences and an expert on these paintings, for a visit. Like in any other museum there are  thousands of stories to tell. Victor knows many of them.

The first part of the twentieth century in Russia must have been a crazy time for artists to paint. There was so much going on already before the revolution, during the civil war that lasted from 1917 till 1920, and during the first period of the new Bolshevist state.
Many of these pictures tell emotional stories, of war, of destruction, of change. One of the first things to capture my attention though were the many paintings and portraits of women. Women during these unbelievably radical years in Russian history. Years in which everything changed. There is something very special with many of the women in these paintings in the Tretyakow Gallery. 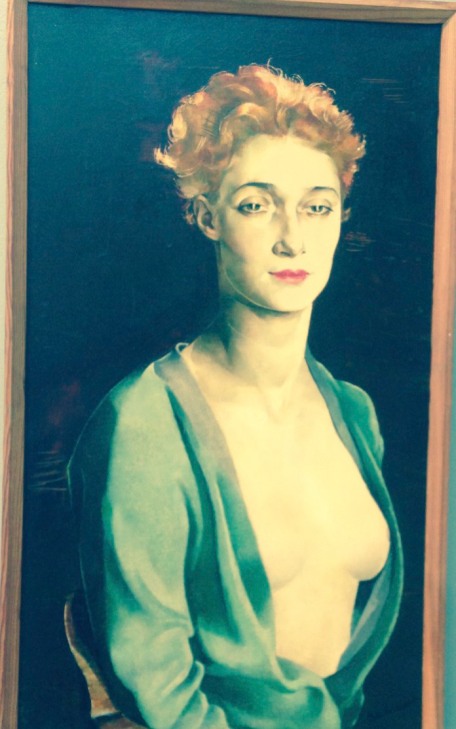 The first painting that  took my attention was this is a portrait by Nathan Altman. It is a portrait of Irene Degas; she is not the painter’s wife, but an actress that he met during his work in the theatre in Moscow.
Altman was a contemporary of Chagall and Malevich. Born in the Ukraine in 1889, studied in Odessa and went to Paris for a year in 1910. When he came back he went to Saint Petersburg, where he was very popular and even made portraits of Vladimir Lenin. As a Jew in Russia the revolution created many possibilities for him, at least this is what he hoped for. Altman is famous for a portrait that he made in 1914 of Anna Akhmatova, one of the most prominent poets of Russia during the 20th century. He worked also as a stage designer and made movies, during this period he must have met the actress Irene Degas in 1927. What became of Irene I do not know. She looks very strong here with her boyish short hair. She seems not to be interested in the status quo where the male order is ruling the world. Her eyes are seducing: not only the painter but everybody else looking at her. The fabric of the green cloth is visible through the paint. Altman must have been angry after painting this portrait. To the right and to the left of her face and her body one can see that he used his nails like a cat to scratch away some of the paint and leave the marks on the painting.
In 1928 Altman left Russia together with the Jewish Theatre group that he worked for. They stayed abroad, mainly in Paris until 1935. When he came back to Russia, the political order had changed. Altman was not allowed to paint anymore. He worked as a stage designer in the theatres of Moscow and Leningrad. To die in Leningrad in 1970.